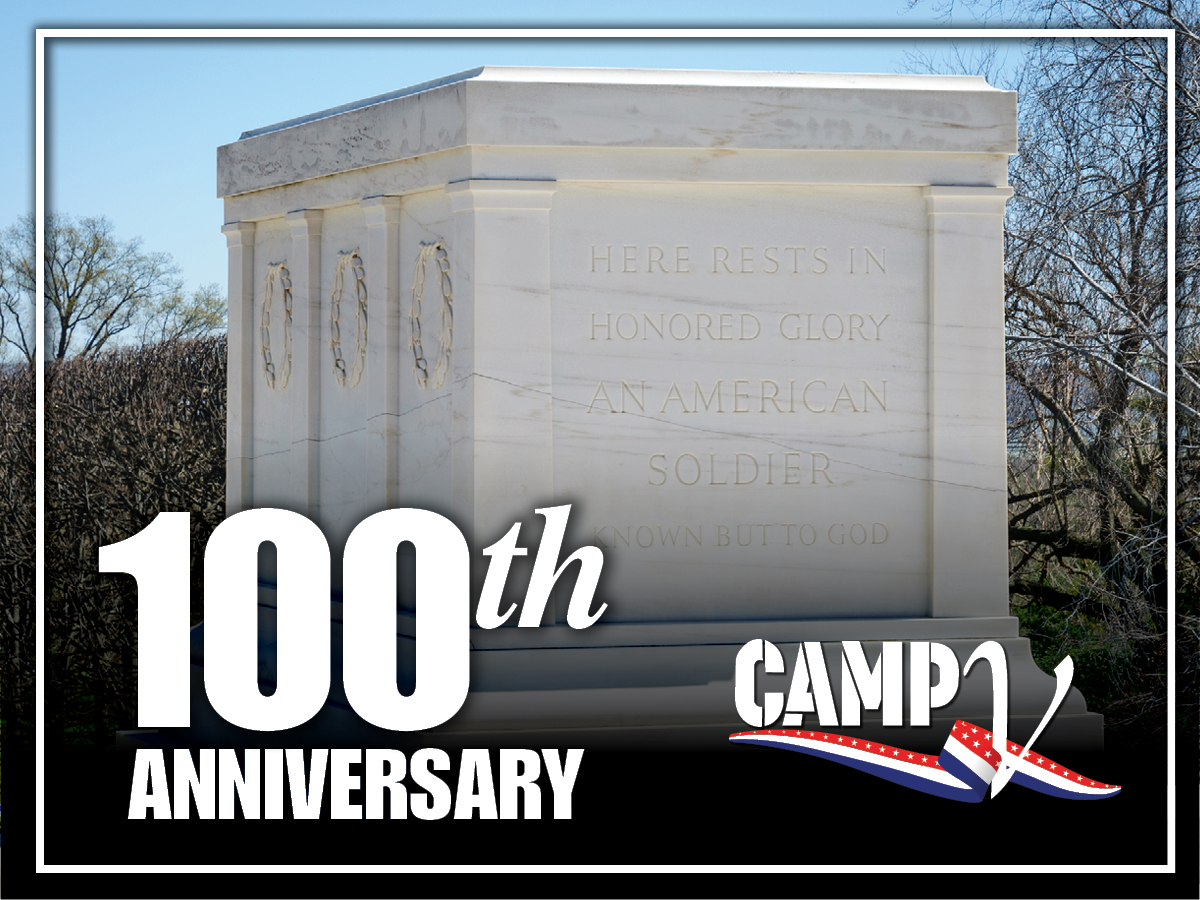 Every day is Veteran’s Day at Camp V. This coming November 11, we join the nation in honoring all past, current and future military brothers and sisters.  November 11, the 11th month, the 11th day and 11th hour we will be commemorating the 100th Anniversary of the Tomb of the Unknown Soldier.

The program begins at 10:30 AM and at 11:00AM we will have a National Salute, with protocol designed by the Old Guard who stand Sentinel at the Tomb of the Unknown Soldier every day, all day in rain, sleet or snow.  It will begin with a 21 Gun Salute by Jacksonville Marine Corps League #1381, Dee Merritt, Senior Vice Commandant.  Taps will be played by Kevin Pierce, Band Instructor, Brook Hill Lower School, Bullard. A white rose bouquet will be presented in the Never Forget Garden by Mrs. Marcy Carter-Lovick, Texas State Regent of the Daughters of the American Revolution. Blessing of the Camp V Never Forget Garden will be by The Reverend David Luckenbach of historic Christ Church Episcopal.

The event is finished.